The gateway to the largest and most pristine lowland forests in the lower North Island with great swimming spots and tracks for walking and mountain biking.

After 25 years we are upgrading the 25 year old swingbridge from 26 September – mid December 2022 (weather dependent).

The new bridge will be wide enough for buggies and wheelchairs as this is part of our plan to make the whole track more accessible to all.

During construction (26 Sep – mid Dec) we may need to close the track at times, but it will be well signposted so please just follow the instructions in the park.

At 11.59pm Monday 12 September the traffic light system ended, and wearing a mask is no longer required anywhere in our parks.

Remember to stay home if you are unwell and follow other public health recommendations.

The recreation area is open all year round for walks amongst pristine native bush and waterways.

Beside the recreation area is the Wainuiomata Water Collection Area, a specially protected area that is only accessible through a guided walk.

Dogs on leads are welcome in Wainuiomata Regional Park

There are popular swimming holes along the Wainuiomata River. Locations are shown on the park map. 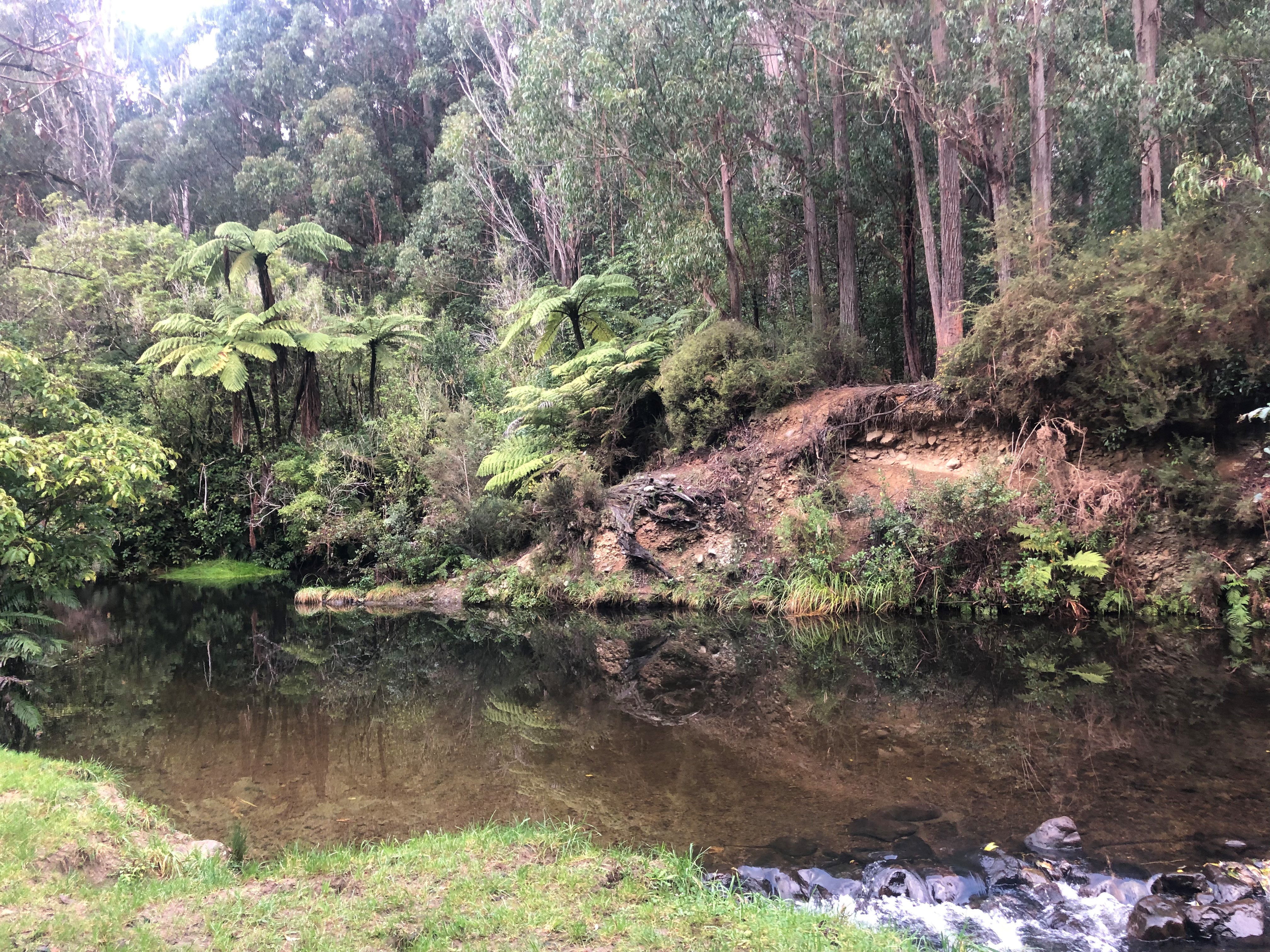 No loaded firearms are to be carried on any access track outside the permit area. No hunting is to take place within 200 metres of any tracks or the catchment boundaries marked on the permit maps

Only centre fire rifles of calibre .222 Remington or larger may be used for hunting, or crossbows and bows with a minimum drawing factor of 18kg (40lb). Shotguns, air rifles and rimfire rifles are prohibited

Hunting will be permitted between 5am and 8pm.  No shooting in the hours of darkness. No overnighting is permitted

Carcasses and offal must be buried well away from stream beds, huts, campsites and tracks (50 meters at least). All rubbish must be removed from Greater Wellington Regional Council land by the permit holder. No gutting of carcasses near streams. Prepare the animal for removal as far away from streams as possible

So much of the work done in the regional parks wouldn't be possible without the help of people in our communities. If you want to contribute to the care of Wainuiomata Regional Park, you can join one of our community groups.

Māori used the hills and valleys to travel between the Wairarapa and Te Whanganui a Tara (Wellington Harbour). Later some of the lower valley (including what is now the Recreation Area) was logged for timber and is now regenerating. Remnants of the old logging tramway remain, as do two old camp sites from the earlier dam construction days.

As the population of Wellington and surrounding boroughs continued to grow and three dry years followed from 1915-17, the council were advised to advised to develop the Orongorongo Valley as its next water source. A weir and pipeline from Orongorongo River were constructed in 1926 and a simple water treatment plant was built in 1963.

By 1989 the Morton Dam was decommissioned in response to concerns about its ability to withstand a major earthquake or flood. The reservoir was drained and the dam breached at its western end to allow passage of water from the Wainuiomata River and George Creek to retain water supplies from those sources.

The lake was drained and in 1993 a new treatment plant was taking water from weirs in both the Wainuiomata and Orongorongo rivers. This plant produces up to 60 million litres of high-quality water per day and supplies about 15 per cent of the water used by Wellingtonians.

By the late 1980s the system had reached the end of its useful working life. Morton Dam was decommissioned and emptied of its water. In 1993 a new state-of-the-art treatment plant was built. Water is now taken directly from weirs in both the Wainuiomata and Orongorongo catchments. The new plant produces up to 60 million litres of high-quality water per day and supplies about 15 percent of the water used by greater Wellington.

The Wainuiomata Water Collection Area is a specially protected area that is only accessible through a guided walk.

In 2018 a water history museum was opened up in the lower dam area and is open daily from 9am – 5pm. You will be able to see the historic water catchment artefacts and learn about the history of the area. Make sure you make some time to have a look around. 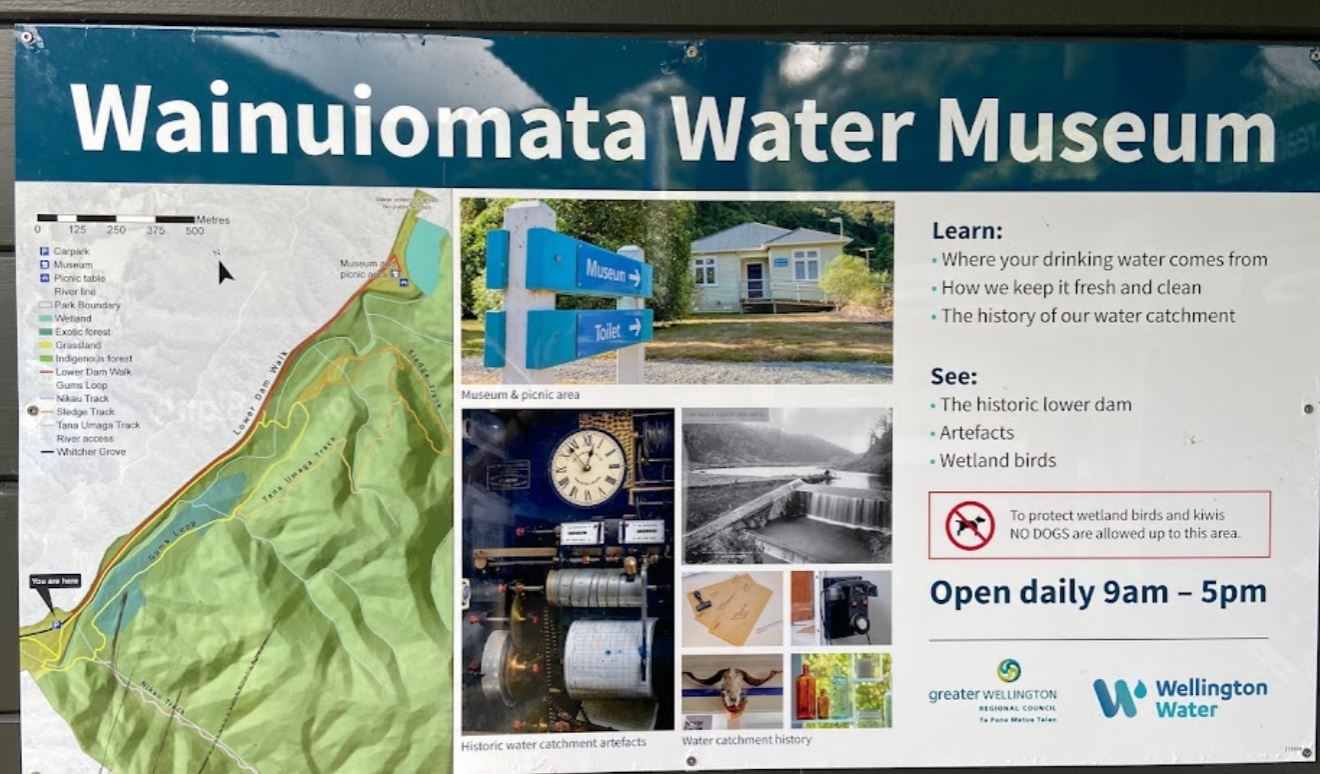 Check out the lower dam and the water museum to learn about the history of the area. The lower dam has become important wetland habitat for a range of birds supported by regenerating native bush.

There are seasonal opportunities for guided walking tours into the adjoining water catchments with their old growth forests. Star gazing events are also popular here as dark skies are a key feature of this park.

Follow the main road through Wainuiomata and turn left at the roundabout into Moores Valley Road. Take the first turn right into Whitcher Grove and follow this to the park.

Enter the park from the end of Hine Road (turn left off the Coast Road).

Take a route 170 bus from Waterloo Interchange to Hine Road. Plan your journey with Metlink.